To get you up and running with Scratch, we recommened that you try this intro task first.

What is this about? In this introductory project, you who are new to programming and the Scratch tool, can try a few first basic steps of coding.

The goal: Add a new character, paint a backdrop, and get the character to move by coding.

HOW DO YOU CODE?

Follow the step-by-step instructions and code your project in Scratch, a programming tool. Click here to open Scratch.

Click on Create at the top of the Scratch web page to open the coding tool. If you have a Scratch account, you can log in, and save the project.

Note! To change language in Scratch, click on the arrow next to what looks like a globe in the top left corner and a whole list of language will appear.

Time to start coding! Make sure you have Scratch open in one tab of your web browser and this instruction in another tab. Or have two windows open next to one another.

In Scratch, characters and figures are called a "Sprite". There are lots of different Sprites to add to your project, which you can then program to move.

Here are some examples of different Sprites. </br> 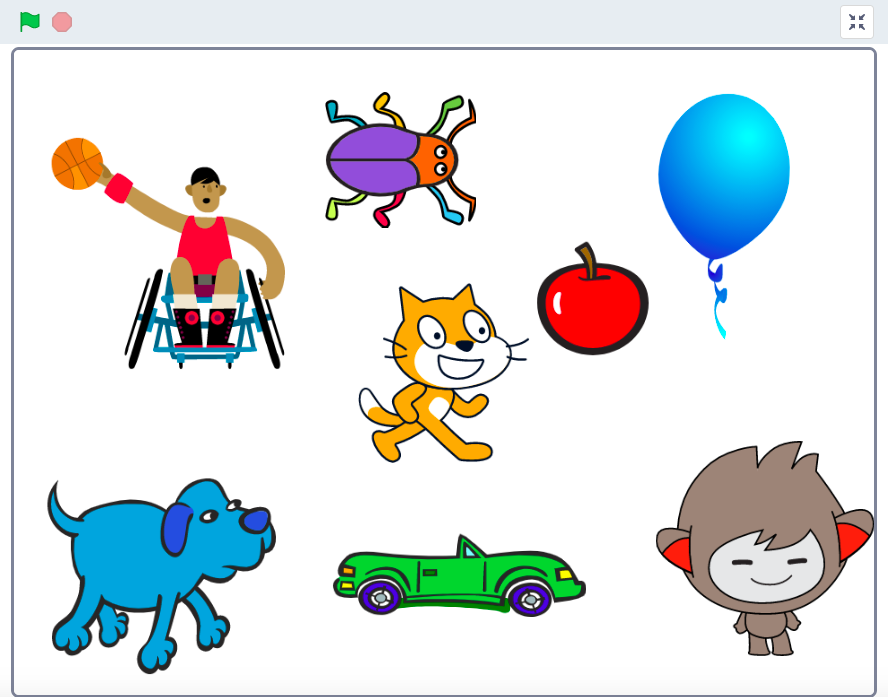 Remove the cat and choose a new Sprite

There are two similar cat characters in the project – one large and one small. The big one is on the white Stage and the little one in a box below the stage. 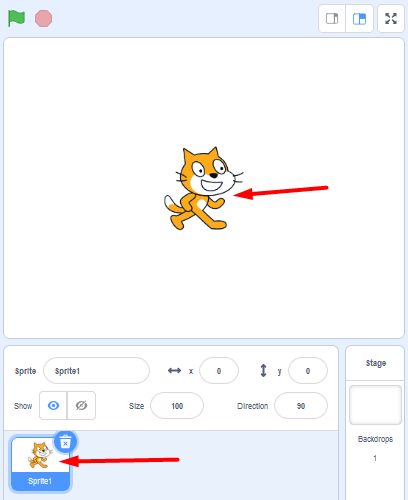 Note! At the top of the Sprite Library there is a menu with different categories to make it easier to find the Sprite you want, for example, Music, People or Food. There is also a search function.

Reduce the size of the Sprite

Next step: You have now added a new Sprite and we want to make it move, but first we’ll create a more fun backdrop for the Sprite to move on.

Now we are going to draw a backdrop with a track for the Sprite to run on. 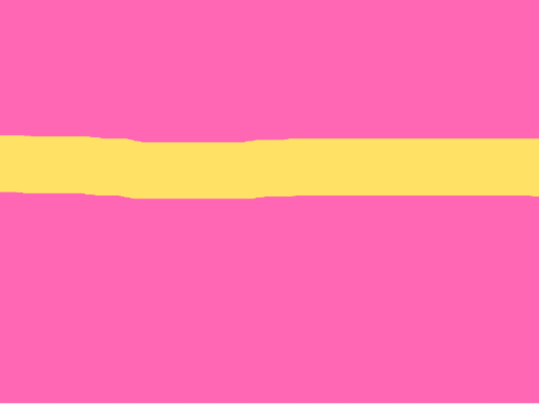 The white box behind your Sprite is called a stage. We can change the backdrop of the stage, either by selecting an image from the backdrop library or by drawing our own. We want to draw a backdrop with a track on it. This is how:

Activate the backdrop and drawing tool

Pick color and tools to change the backdrop

Choose a new tool and color to paint a track

Next step: we have a Sprite and a backdrop. Time to start coding so that the Sprite can run on the track!

3: Code to make the Sprite move

A Sprite is just an image, but with code we can control the Sprite and the project. Coding in Scratch can for example look like this:

With the help of code we can give the Sprite instructions for how it should move across the stage. Code also controls how and when the Sprite should be moving. You create the code with the colorful puzzle pieces that you see on the left side in Scratch. You put the pieces together into, what we call, a Script on the large white script surface in the middle.

Time for you to make the Sprite move!

Return to the code workspace and activate the Sprite

Now you are ready to start coding your Sprite – which doesn’t have to be a beetle.

Have you noticed the START and STOP buttons above the stage with the Sprite? The green flag is the start button and the red button is the stop button.

Time for you to add code so that your Sprite starts to move on the Stage when you press the START button – that is, the green flag.

Click on the yellow theme called EVENTS and select the block with a green flag on it called: "when GREEN FLAG clicked”. Drag the block to the large, white script surface in the middle of the window and drop it there.

You have now added a Hat block to your project. A hat block is always at the top of the code you want to build. But you need more code so that the Sprite knows what to do when the green start flag is clicked.

Note! If you move two blocks close to each other on the script surface, a gray shadow will appear. You can then release the code block you are holding, and the blocks automatically come together as puzzle pieces –like a magnet is pulling them together.

Test your code! Test what happens when you press the START button (the green flag above the scene). Does the Sprite move a little to the right when you click the start button? Try several times, what happens?

Add a loop to repeat the motion

You want the Sprite to continue moving forward when you press the start button. For that we need to add a code block that tells the motion to repeat over and over again. This is called a loop. This is what you do:

Test your code! Press the START button. Your Sprite should run away really fast.

Stop the code and drag the Sprite back

Note! Does the Sprite move too fast? You can change the speed by typing a lower number in the blue block called “move 10 steps”. Click on the number 10 in the block and write, for example, 3. Start the project again – does the Sprite move at a good speed? Test until you find the speed you want it to have. 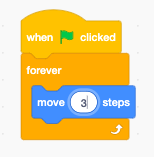 Now we have a Sprite that runs on the track, but it gets stuck at the edge. Let’s give it a starting position.

To avoid having to drag the beetle (or whatever Sprite you are using) back every time you start the game, you can code it to start at the same place each time. For that you need to use x and y coordinates.

Now the beetle will be in the same starting position every time you press the green START flag above the stage.

Time to test your code! Does the Sprite start from the same position every time you press the green start flag? Does it move fast enough?

Congratulations! You now know the basics of Scratch and can move on to bigger projects!